Mitchel Simpson would be the first to admit that he lacked career clarity during his college years. While a career in financial services was always an option, Mitchel was involved in several smallscale ventures that would ultimately set him up well to spot opportunities as he progressed in his career. “Lessons learnt during this time, albeit on a small scale, certainly helped me with decision-making on much larger projects in the future,” he said.

Mitchel followed the well-trodden path of his BComm colleagues into a Chartered Accountancy training contract but rather than join one of the Big 4, he joined a midsized firm where he garnered hands-on experience in a number of sectors. Mitchel subsequently joined the Bank of San Francisco, before returning to Ireland once again to take up a position in the leasing subsidiary of Rabobank, De Lage Landen, where he ultimately rose to the position of Head of Structured Asset Finance. “It was a great learning environment,” he said. “Career development was encouraged, and I had the benefit of working with tremendous people who helped me see things from a different perspective.” 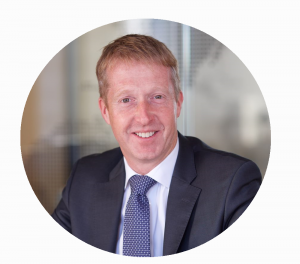 To read Mitchel’s full interview and all of the interviews in the second issue of ‘Vision’, click here: https://www.charteredaccountants.ie/docs/default- source/Publishing/vision/vision-no-2-2019.pdf?sfvrsn=4

Mitchel Simpson FCA is Chief Financial Officer at FPG Amentum, one of the largest independent third-party managers of aircraft in the world. The firm serves multiple equity investors and manages a portfolio worth more than $2 billion.